AIA study examines impact of student debt on profession9. Student loan debt is hurting architects and the architecture profession. Read more about it in AIA’s report:

AIA study examines impact of student debt on profession9. Student loan debt is hurting architects and the architecture profession. Read more about it in AIA’s report: 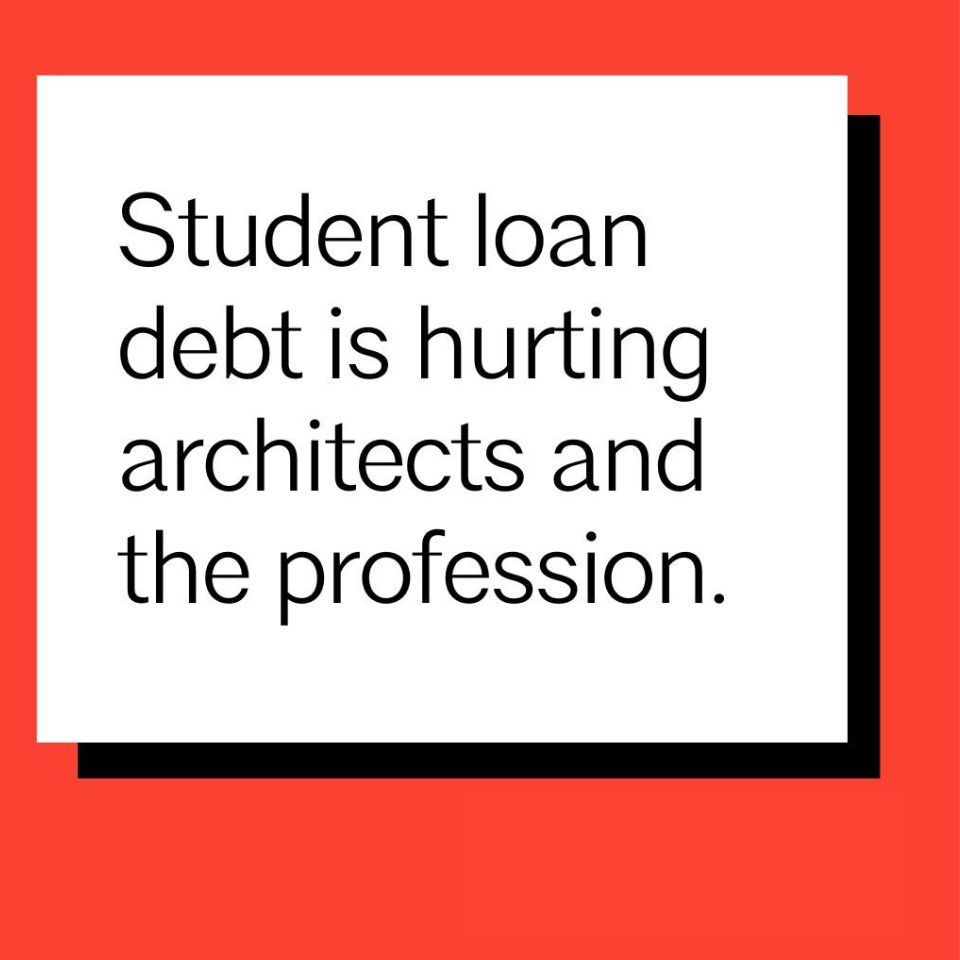 The American Institute of Architects (AIA) commissioned a study that examines student loan debt to gain a better understanding of how these challenges affect the profession and different architect demographic groups.

The study examines the ways in which student loan debt impacts architects, from jobs taken to life choices made. Global market research company Ipsos was commissioned to conduct the study, which included over 700 AIA member interviews.

“This data provides critical insight into how student debt is harming the profession,” said AIA EVP/Chief Executive Officer Lakisha Ann Woods, CAE. “Through a better understanding of how debt impacts different demographic groups among our membership, this data will help us break barriers to the profession that disproportionately impact Black, Indigenous, and people of color. Our goal is to propel all architects to new professional heights.”

Key findings of the student debt study include:

Student loan debt affects AIA members and their life choices in fundamental ways, but the impact differs greatly by age and somewhat by gender and ethnicity. Whether somebody was a first-generation student also plays a role.